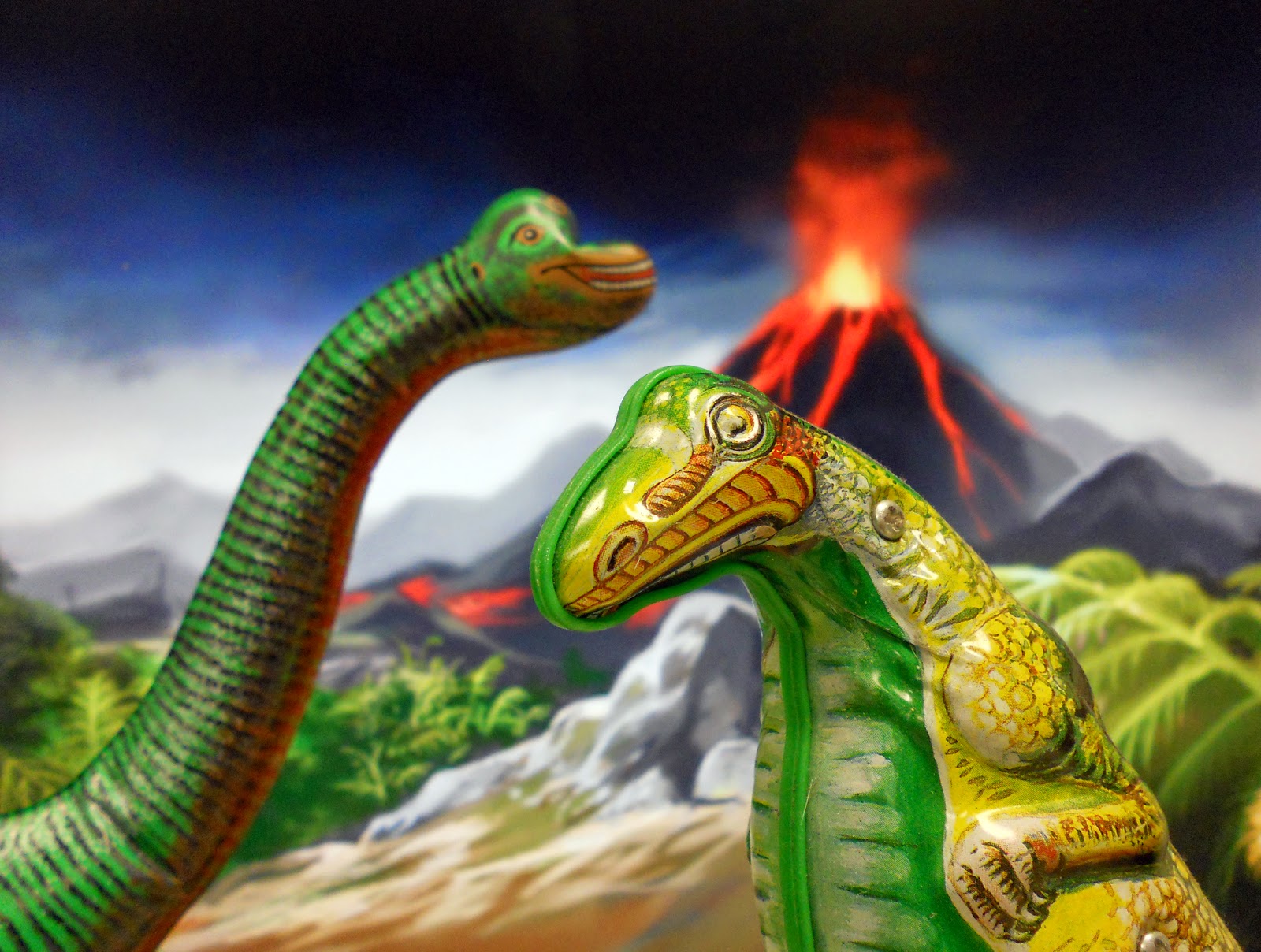 I'm not sure exactly what prompted me to submit a presentation proposal with the above title to Blackboard World, and I'm not sure what possessed them to accept it. In any case, I'm going to be speaking at their conference in Las Vegas on the future of the LMS and describing three possible scenarios. My goal is to try to pull together, in a semi-coherent manner, thoughts that have been rumbling in and out of my head on this topic for the last couple of years.

To help me get my act together I'm going to try writing here about these scenarios, and I would really love to hear from you - what do you think? Where is the LMS going - or is it going away? Can the defects that many find with the current generation of LMS's be fixed, or do we need to start over with a new kind of LMS, or go a different direction completely? I'd love to hear your thoughts and, with your permission, incorporate them into my talk. In my next posting, I'll start with an idiosyncratic and incomplete history of the LMS and some ideas that I have about how we got to where we are today.

Jim Groom's wonderful series of blog posts about the early and pre-history of edtech have motivated me to exhume a bit of my edtech prehistoric existence. My first bit of arcana is an article I wrote in 1992 entitled Class Discussion by Computer: A Case Study.

The article, published in the ACM SIGCSE Bulletin (CSE = Computer Science Education), describes an experiment that I did in a "Computers and Society" class in 1990, using a discussion tool called VAX Notes. Yes, it ran on a DEC VAX - my campus, Glassboro State College (now Rowan University) got its connection to NSFNET a year later in 1991. Here's a few choice quotes:


...the practical effect (of the computer) on the format of the typical college course has been nil....most...faculty continue to use the lecture model for most courses...

...I thought that it would be both useful and relevant to the course topic if the students were to participate in an ongoing discussion via the computer.

Computer conferencing can be a valuable adjunct to a course....it can reduce the isolation of class members outside the class meeting time. I would encourage instructors in any discussion-based course to experiment with computer conferencing.

A few other notable items -


Enjoy! There's at least one other item I've found that I'll blog about, and one more I'm still looking for.

One more thought - everyone should read Jim's blog bavatuesdays. If I had continued down the road of focusing on teaching with technology instead of going in 10 different directions over the next 20 years I might be halfway to where Jim is now with his students. #bigfan #4life

Posted by amberman at 1:44 PM No comments:

What do we mean when we talk about "online learning"?

We're living in unique times. A large percentage of teachers at all levels are teaching online, or preparing to teach online, or thinking about teaching online, and thinking about how to avoid teaching online. But the vast majority of these teachers have never taken an online class, or if they have, they probably haven't take a good online class. Can you imagine trying to learn how to give an in-person lecture to a class, or lead a classroom discussion, if you'd never had your own experience as a student in lectures and class discussions? It's only natural to assume that the way you've seen it done before is the "right" and only way.

But twenty years from now the situation's going to be a lot different. We know that something like 50% of college students take one or more online course - see, e.g. http://campustechnology.com/articles/2013/06/24/report-students-taking-online-courses-jumps-96-percent-over-5-years.aspx - and the numbers keep climbing. Twenty years from now, most newer teachers will have had quite a bit of experience using online tools to learn. These teachers won't view online as a special case, but rather part of the mix of what it means to learn.

Perhaps we'd be better off dropping the terms "face to face learning", "hybrid learning", and "online learning" and just talk about learning via "face to face instruction", "hybrid instruction", etc. As one my heroes, Alan Kay, said, "the music is not within the piano; and likewise, the learning is not within the network or the computer, it takes place within the student. Strategies and media change rapidly but the fundamental processes of learning are deeply ingrained in our nature and change slowly if at all

Thanks Claire for stimulating this line of thought.

Posted by amberman at 6:38 PM No comments:

Let me start by stating that I'm a huge fan of EDUCAUSE and particularly of the EDUCAUSE Annual Conference. I attended the first joint EDUCOM/CAUSE conferences in the late 90's and I think I've missed no more than 2 in the last 15 years. Many of my best professional connections, and not a few lasting friendships have been forged through EDUCAUSE connections. So I speak as a friend.

A few years back, EDUCAUSE decided that it needed to offer more "value" to Chief Information Officer (CIO) attendees to the Annual Conference. I am guessing that they got feedback that at least some CIOs were finding the conference experience to be not valuable or perhaps less pleasant and enjoyable than other conference opportunities. This is, of course, a big deal for EDUCAUSE - I get it that to be viable EDUCAUSE has to be attractive to CIO's. Not only does the CIO approve the annual EDUCAUSE membership fee on most campuses, a vendor's decision to pay for space on the exhibition floor depends not just on how many people are at the conference, but on their roles. Since CIOs usually have control over the largest budgets, their attention is coveted by the vendor community. Without vendor participation the economics of the large edtech conference is completely different.

I get it - EDUCAUSE needs to make sure that the Annual Conference is attractive to CIOs. Special CIO roundtable discussions were added, there's a guide to items in the program that should be interesting to CIOs, and, there's the CIO lounge, pictured below.

It's a pleasant place, with comfy chairs, a large screen to view the plenary sessions, lots of power plugs to charge your phone, and free (non-alcoholic) drinks and snacks. It resembles an airport "club" room. And of course, now that you've got a CIO lounge, you need a way to tell who's a CIO and who's not, so there's a special color or stripe on the name badges to let the attendant at the door (and, by the way, observant vendors on the trade floor) who is entitled to this special privilege. And there it is - the assumption that CIOs are entitled to special privileges.

Being a CIO is a privilege and it can be a pleasure, as I and my co-authors talk about here. The CIO has a special role and typically has more influence on campus than other members of the technology team. It's a senior academic position that pays well and (usually) engenders respect on campus. So yeah, being a CIO is something of a Big Deal.

But systems administrators are kind of important too. And instructional designers, programmers, web designers, user support specialists, equipment techs, network managers, and the list goes on. Oh, and not to mention librarians and (other) faculty members. I like to operate from the perspective of "one team, one goal", a motto I learned some years back from an A/V tech. What message does it send when we exalt CIOs above every one else at the conference and encourage them to isolate themselves among their kind? I think the message is pretty obvious, and I don't care for it.

At this point, someone else might say "hey, if you don't like it, stay out of the CIO lounge!" Starting this year, that's what I intend to do. But whether I'm in there or not EDUCAUSE is making a statement about CIOs and I think it's the wrong one. I encourage the leadership to ask themselves whether it's time to send a different, more inclusive message, and just add more chairs and power supplies that everyone can share.