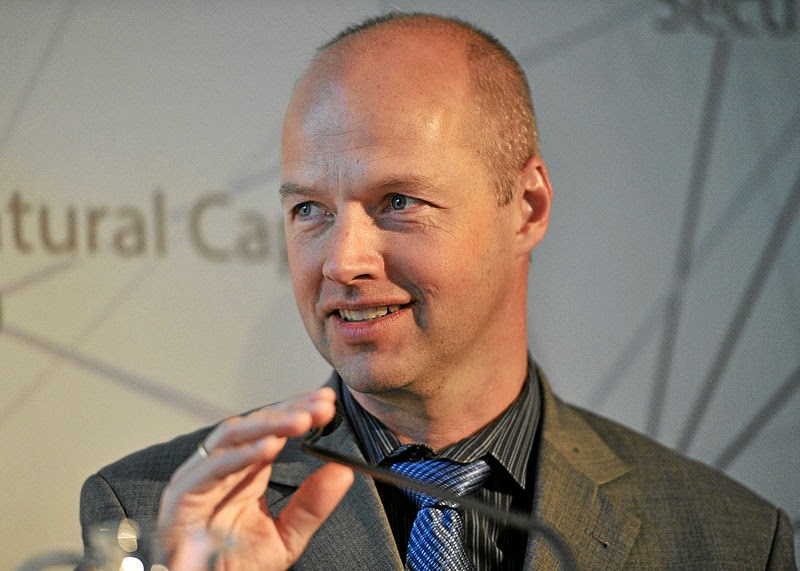 Just to save you time in your busy schedule, here's some of the best lines from "In Conversation with: Sebastian Thrun, CEO, Udacity" in Fortune:

"...everybody in the world can become a data scientist..."

"...we are really passionate about democratizing education."

"...we are kind of the Hollywood of education."

"...the technology skills gap is important, first because there are many open jobs...The vast of majority of students we have ... are actually in jobs right now."

Will you need to raise more money? "Yes, we will."

"I'm very proud to be a professor at Stanford... to make this happen on a campus the quality of the research faculty, that's just what it costs."

Posted by amberman at 8:59 AM No comments:

The New Face of Disruptive Innovation

It's been proposed to me that we in higher education are just "envious" of our start-up brethren in Silicon Valley. I mean, here we are working everyday with students and often being told that what we do just isn't good enough, while people like Sebastian Thrun and Daphne Koller raise money and give TED talks and are lauded as the future of education. We are the old guard trying to hang on to our buggy whips while a new generation creates DISRUPTIVE INNOVATION which is not only virtuous but leads to riches untold. Envious? Maybe...

But that doesn't mean that, when we point out the contradictions and shear arrogance of much of what passes for innovation - but often really isn't innovative at all - we are necessarily wrong.

The MOOC hysteria of the last few years has taught us the value of the Big Lie - say it long enough and loud enough and with enough conviction and people will buy it. They may not actually pay you enough money to wean you off venture capital, but they will buy it. Two of the biggest were that MOOCs were going to be the great leveler, and that they would be the disruptive innovation - in the Clayton Christensen sense of the term - that would force much of higher education to go out of business to be replaced by a new, efficient ("virtually free!") replacement. Oh, and that giving away courses would be a great way to make money.

Two years ago I enrolled in Udacity's Introduction to Computer Science course. I have a Ph.D. in Computer Science, was a full-time faculty member for about 10 years, and often taught Intro to Computer Science. It was a class that I usually enjoyed teaching, but I often struggled with the best way to present the information, so I was very interested to see how Udacity approached the topic. While I could quibble with some of the choices, I thought the course was well-done overall, and that David Evans was a good presenter. Other than the presentations, there wasn't a lot there (the message boards were more or less like trying to read Slashdot) but if you kind of knew what you were doing when you went in you could learn something. I went all the way through and took the final, achieving "High Distinction". I was a little embarrassed that I didn't achieve "Highest Distinction" but hey, it's been a while since I've been a student. At least, that's my excuse. 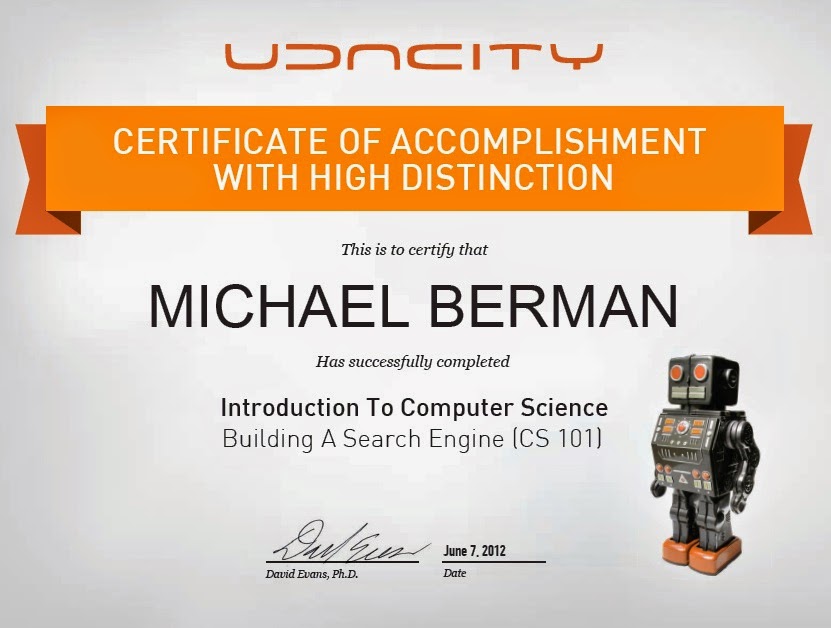 Of course, like everyone else, I wondered how they planned to make money by creating these courses and making them available for free, but it occurred to me right away that an obvious strategy was to sell access to students that did well in their courses. Hey, looking for a sharp entry-level web developer? Why fight for students at MIT when Udacity can offer you the best of 10's of thousands who've taken their MOOCs.

It also occurred to me that, with appropriate support, Udacity's course could be good for a lot more students. Imagine if the students were in small groups (a "class") with someone attentive to their needs (a "teacher") and if there was a way to provide more authentic assessment of their ability to learn the material ("tests", "grades", "credits", "degrees"). The Udacity material would substitute for a textbook and some of the content delivery portion of the the course, and someone else (a "university") could do the rest. Viewed in this way, Udacity's course is a kind of media-rich online textbook, that could form the core of something that looked like a blended or online course. You know, online courses of the kind that have been around for many years. A Udacity course didn't look to me so much like a university replacement and more like an online instruction alternative - which is exactly what it was and is. 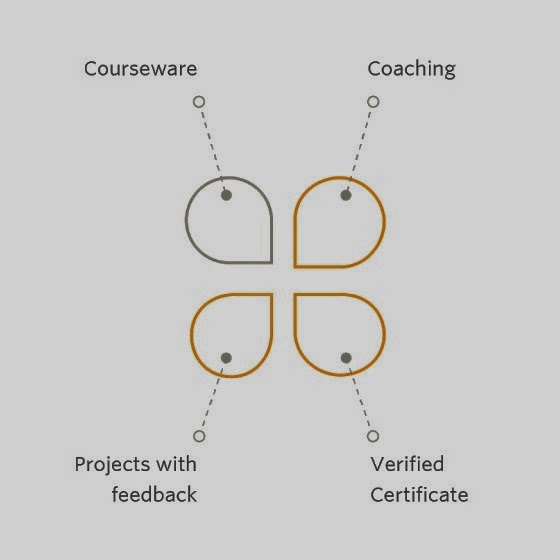 Look familiar? The "Courseware" is what they provided before; the "coaching" sounds a lot like what an instructor does; the "projects with feedback" not only give feedback but also provide assessment, and the "verified certificate" is sort of like credits although Udacity can't (yet) provide accredited, transferable credits.

Udacity's great innovation is.... what? That coaches are paid less than professors? (But maybe not less than TA's.) That it's online? I think that's been done before. Where's the innovation?

I actually like a lot of what Udacity is doing. It's a legitimate alternative for many students to develop their IT skills. But disruptive to higher education? I don't see it. 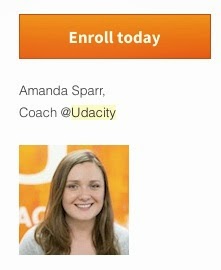 They have even, generously, offered me 20% off, so it will only run $120/month. For a "typical" three month period, that's $360, or $450 at the full rate. The community college in my neighborhood offers Intro to Computer Science for about $200. Of course, at Udacity I can "Learn From the Best!"

So let's hear it for innovation. If I wasted my time being envious every time someone else came up with an innovation that I didn't think of, I'd be miserable, but really I'm pretty happy to be muddling along with colleagues and faculty and trying to help make things better one student at a time. I wish we could celebrate that work instead of going to TED talks.

(h/t to Michael Caulfield @holden at http://hapgood.us for his spot-on writing about Udacity and Coursera which inspired many of my observations.)