LMS Futures: The Charge Against LMS

For my talk at BbWorld, I contemplated what it is that people hate about LMS's in general. I summarized these issues in the visual shown here. 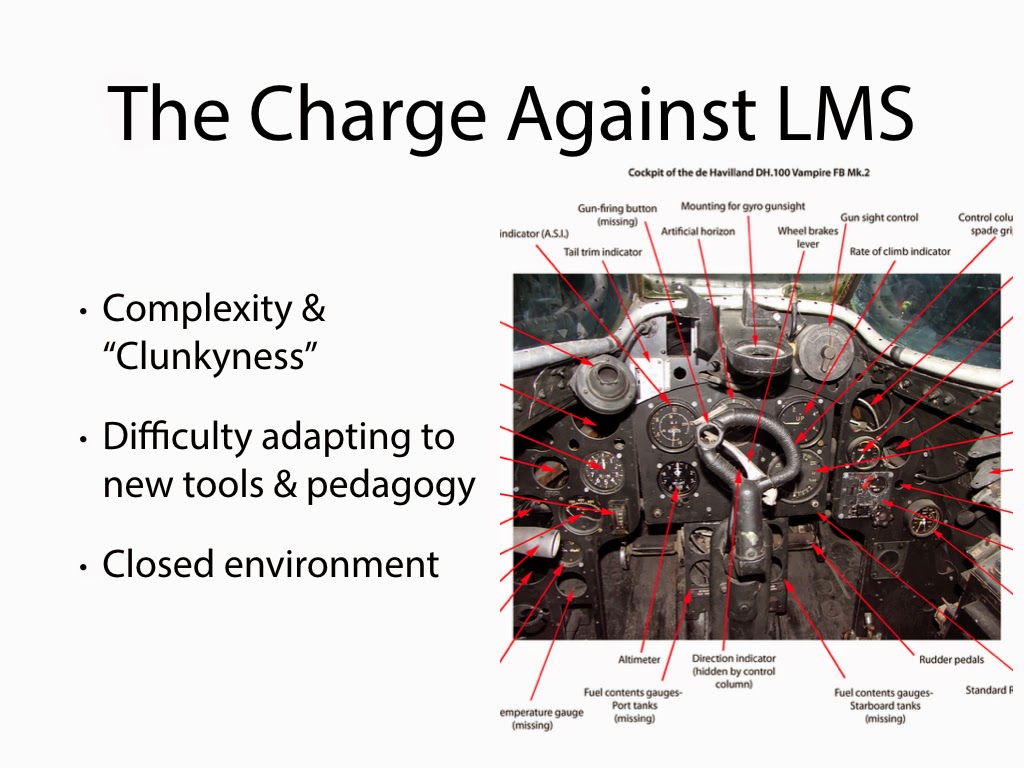 The topic "What people have about X LMS", where X is often, but not always, Blackboard, is one I chose not to get into at BbWorld. There's plenty that's been written and spoken on that topic.

Are there other things about the LMS that aren't captured here that you think are important? Or does this pretty much cover the difficulties that make you, your faculty, or your students frustrated with your LMS? If you think I've missed something I'd be grateful if you'd comment below.

I'm particularly interested in the third topic, which I think is the most interesting and the most deeply imbedded in the fundamental design of the LMS. 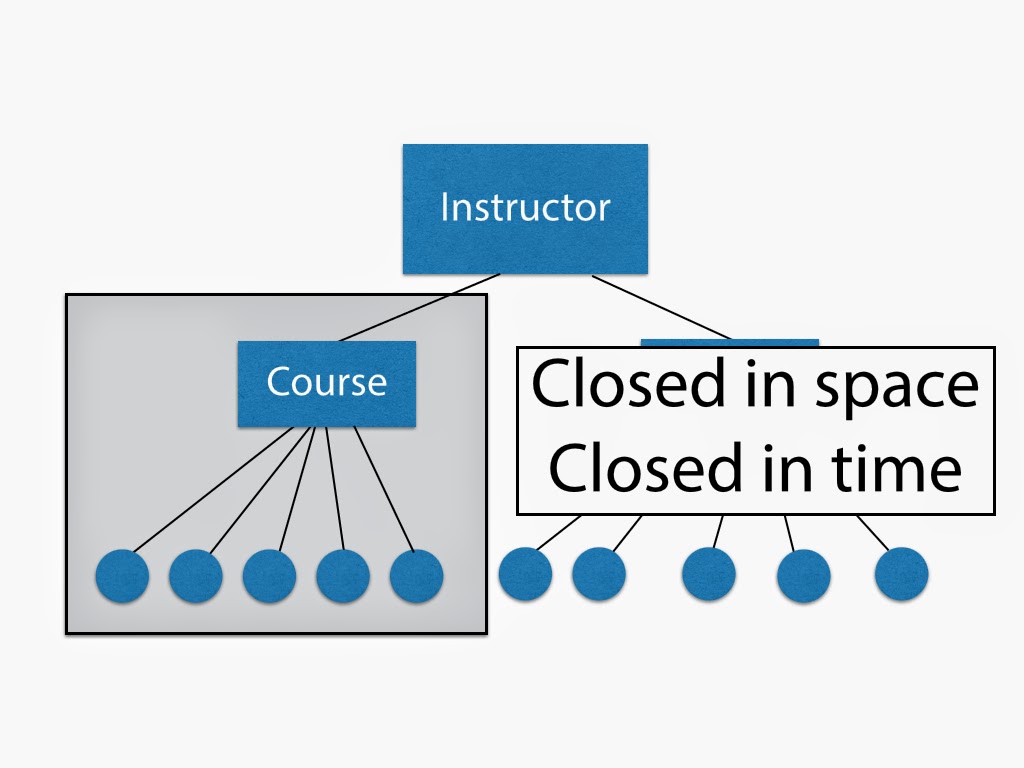 LMS's are closed because they were designed to be that way. As I've argued here before, the LMS mimics traditional classes, and traditional classes are closed. In a future post, I'll consider what an LMS might look like if the design was centered on the student rather than the course.
Posted by amberman at 4:30 PM